In 1887 in Paris, where his brother Theo lived, Van Gogh painted four still lifes of bunches of sunflowers. The works were much praised by his good friend Paul Gauguin, whose opinion meant a great deal to him.

One year later, Van Gogh hoped to impress Gauguin with four, new ‘Sunflowers’. These were intended for his friend’s bedroom at the ‘yellow House’ in Arles, where both artists resided for nine eventful weeks between October and December.

In 1889, he painted another three versions which were strongly reminiscent of the prior series of four. 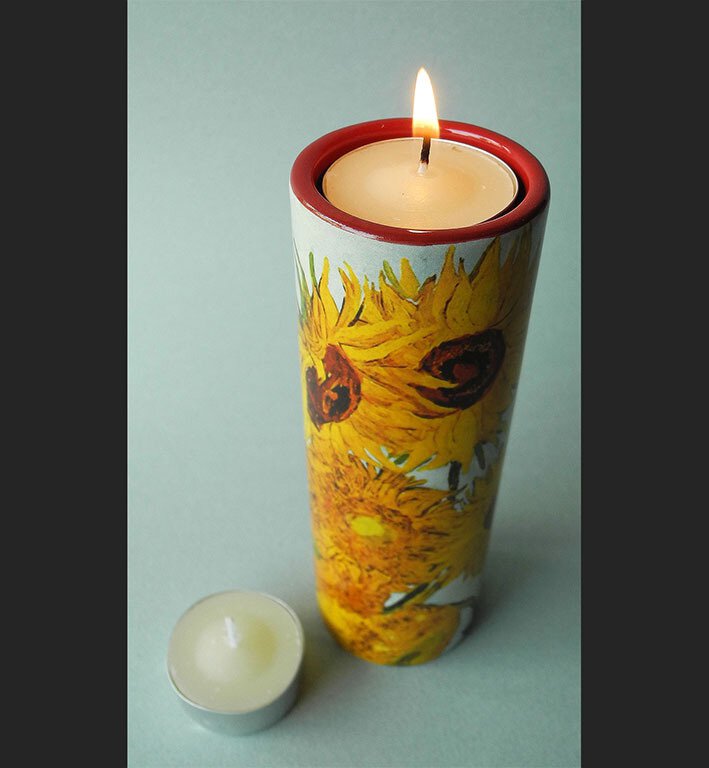